The construction of the Vicus Venetia Cultural Center begins 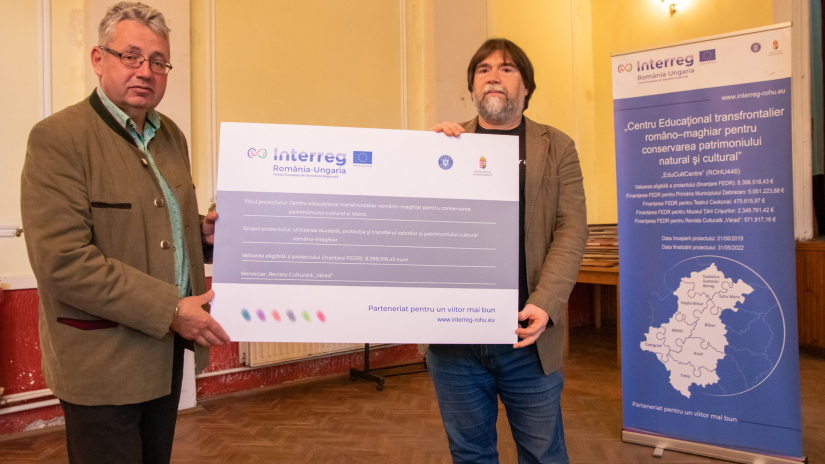 The Bihor County Council and the Várad Cultural periodical creates a modern cultural center in Vicus Venetia by the transformation of the Roman Catholic House of Culture with EU support. The area has been handed over to the implementer, construction will begin in a few days.

The Várad cultural periodical operating under the authority of the Bihor County Council won EU support in the frame of the Romanian-Hungarian Border Cooperation Program for the full reconstruction and transformation of the Vicus Venetia Roman Catholic House of Culture. The Partner Institution of Oradea can spend about 570 thousand euros to the development of a cultural center, from the budget of the tender submitted jointly with the Csokonai Theater. The total cost of the investment is approximately 750 thousand euros. The difference is financed by the County Council from its own budget as a deductible to the application.

The largest investment in Debrecen due to the tender called the Romanian-Hungarian cross-border training center and vault for cultural and historical heritage is the completion of the construction of the Latinovits Theater, which has started earlier. In Oradea we enrich by a smaller cultural center that meets the expectations of the modern age – told László Szűcs, the director of the Várad cultural periodical. An  agreement was reached on the commissioning and renovation of the building of the Vicus Venetia Roman Catholic House of Culture  with the local parish. Accordingly, the property will have a lecture hall, a small function room and an exhibition space after the renovation. The building will be expanded by one floor and a built-in attic on the street side - explained Laszlo Szűcs.

The construction area has been handed over to the implementer, the renovation will be carried out by Constructorul Sălard Kft. Next to Laszlo Szűcs, Sándor Pásztor, the Bihor County Council’s RMDSZ president handed over the panne that symbolizes the start of the investment to the company representative.

Sándor Pásztor emphasized that this tender is one of the tangible results of the very good cooperation between Bihar and Hajdú-Bihar counties. The renovation of the Vicus-Venetia House of Culture is one of the pillars of the Oradea part of the cultural strategic project in Bihor County. „We have successfully brought together the idea of ​​the county council and the Roman Catholic Church through the Várad Cultural Periodical, and we are creating a modern center with EU support that will work together with the Latinovits Theater in Debrecen, creating a cultural cradle here in Vicus Venetia." - stressed Sándor Pásztor. The chairman of the council added that this new center could be a cultural cradle for the Hungarian community, which seemed like an interesting dream at the beginning of his mandate, but “we have got financial resources available now” to create it.