This may be the earliest performance at the Latinovits Theater 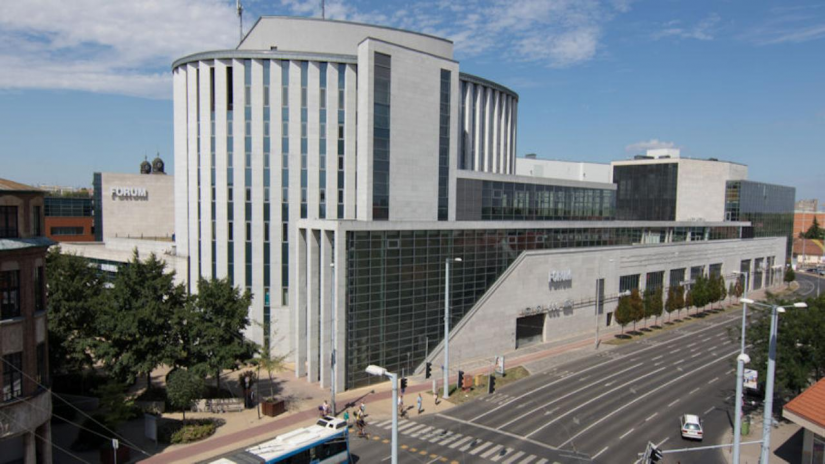 The construction of the Latinovits Theater can be completed as part of a cross-border Hungarian-Romanian European Union tender. The new theater will not only be a place for acting, but will also function as a cultural complex. As part of the HUF 5.6 billion project, two institutions in Oradea will also be renovated.

Modesty and simplicity, as well as maximum assurance of the spectator experience - these were the goals of the interior designer when designing the Latinovits Theater. It is planned that the first performance will be seen by the public in the 2021-22 season at the earliest.

Until then, however, much remains to be done, as it will be not only a theater but also a cultural complex, for the professional program of which the Csokonai Theater is responsible.

According to director Péter Gemza, they undertake a kind of mission with this.

- The theater of the City of Debrecen with County Rights wants to be more than a simple regional theater. It intends to play an important role in the regional development of dance life, in the theater-related education of young people, and in the preservation of regional values, the theater director emphasized.

The theater can be completed with the money from a Hungarian-Romanian cross-border European Union tender, the plan to modernize the Körös Region Museum in Oradea is also part of the program.

- We have been waiting since 2006 for the opportunity to operate in a new location. This dream of ours has come true two years ago, and thanks to the current application, we will be expanding with two new levels. It will not just be a museum, but a place where, for example, nine restorers will be able to work, said Aurel Chiriac, director of the Körös Region Museum.

In Oradea, another infrastructural development can take place in the care of the Várad Cultural Periodical. They want to create a cultural center.

The total cost of the support consists of two applications, the total amount of which is 17.6 million euros, ie HUF 5.6 billion. The aim of the tender is to strengthen cultural cooperation.